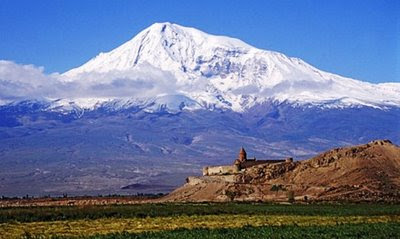 Location : Its location, near the closest point to Mount Ararat within Armenian borders, offers a spectacular view of the mountain, the national symbol of Armenia.

Description : The main church, St. Astvatsatsin, dates from the end of the 17th century. The smaller St. Gevorg Chapel was originally constructed in 642 by Catholicos Nerses III the Builder, but has been repeatedly rebuilt. St. Gevorg was built over the pit of imprisonment of Saint Gregory the Illuminator. This prison pit is where Saint Gregory the Illuminator was imprisoned for 13 years before curing King Trdat III of a disease. As reverence for Saint Gregory's act of healing and kindness, the King converted Armenia into the first officially Christian nation in the world in the year 301.