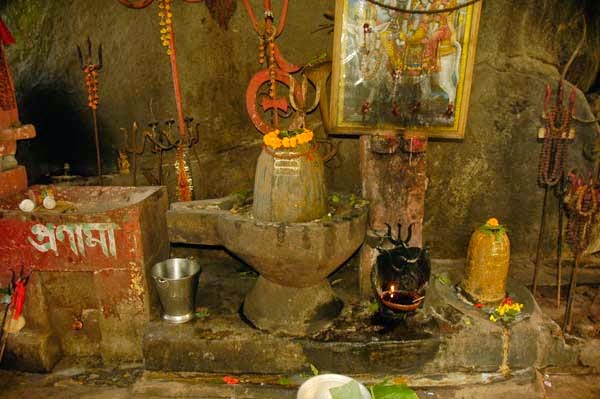 
Lankeshwar Temple is an ancient Shiva temple on top of a hillock in the western part of the Guwahati city near Gauhati University campus.

The Lankeshwar Temple of Assam is an ancient temple dedicated to Lord Shiva. The temple is placed atop a hill amidst a picturesque location. Lankeshwar is one of the many forms of Lord Shiva. The followers of Lord Shiva considered the temple as one of the most sacred one. Devotees all around the year visit this temple and seek divine blessings.
The Lankeshwar Temple in Guwahati is not only popular with the religiously inclined people but with the general tourists also. Most common visitors are amongst the couples of Guwahati city, students of Gauhati University, and that of Assam Engineering College. The wonderful location of the temple is a major reason for this. Since it is situated in a convenient location in the city, it is very easily accessible. Guwahati City Bus Number 6 provides with direct public transportation. This is an added advantage for the place and one of the reasons behind its popularity. Moreover the temple is believed to be very sacred to the pilgrims who visit here.

http://en.wikipedia.org/wiki/Lankeshwar_Temple
Posted by Rajesh. CTR at 9:46:00 PM No comments: Links to this post 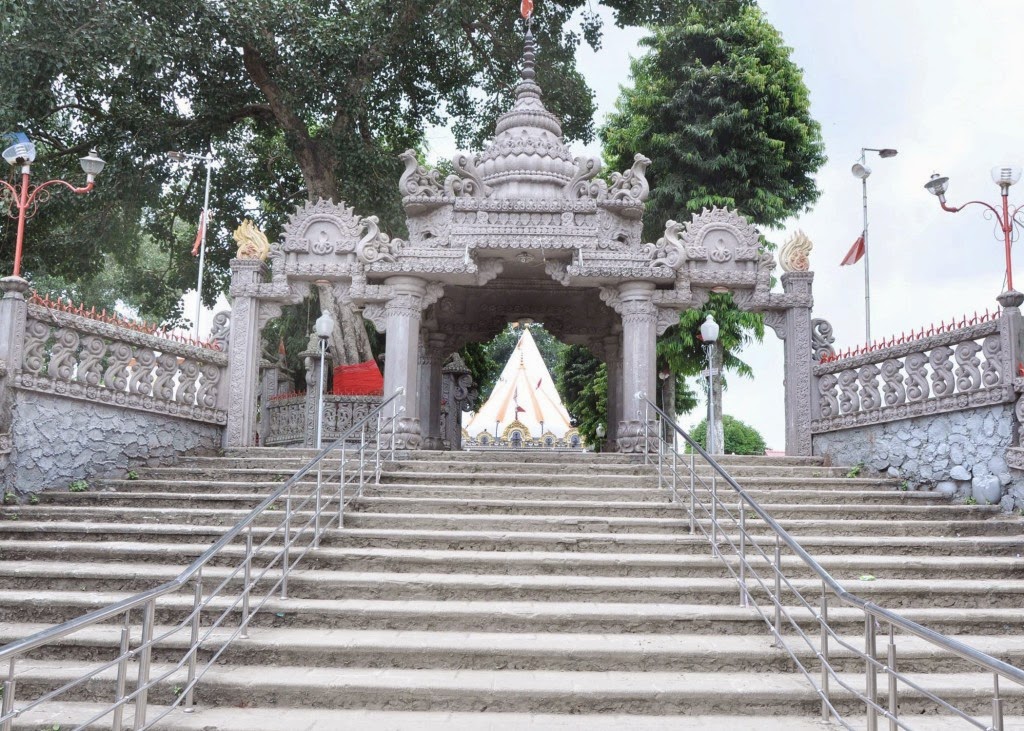 
The ancient Mahabhairav Temple is located at a hillock on the northern part of Tezpur town, Assam.

The temple was built for worshiping Lord Shiva by King Banasura. The Shiva linga of this temple is said to be made of 'Living Stone' which grows over slowly by the years.Some people believe that Bana obtained his boon while worshipping in this temple.

The archeologists believe that the temple was built during 8th to 10th century A.D. by the kings of the Salasthamba dynasty. That originally there was a stone temple is evident from the huge pillars scattered all around the temple. But the original temple was destroyed during the Islamic invasions of the Middle Ages. It was however, rebuilt by successive kings and rulers, until it was heavily damaged by the catastrophic earthquake of 1897.

The present structure of the temple was built sometime in the early part of the present century by a devotee and monk Sri Swayambar Bharati, popularly known as Naga Baba. After a few years, another monk Sri Mahadeo Bharati built the “Nat Mandir” close to the temple. After a few years another devotee built the cement-concrete idols of Ganesh and Hanuman as “Dwarpaals” in front of the temple. Since then the developmental works of the temple had been somewhat sluggish although not completely stopped, one major work being the exquisitely curved ornamental frontispiece of the main entrance gate of the temple by a local artist, Sri Joy Das.

During the Ahom rule, the kings especially of the Tungkhungiya dynasty donated large area of Devottar land to the Temple and pujaris and Paiks were appointed to look after the temple. The responsibility of management was in the hands of a Borthakur. The temple is now managed by the Government through a managing committee headed by the District Deputy Commissioner. Shivaratri is celebrated in the temple with big festivity and people from all over the country visit it.

The Shivratri mela (Carnival ) during the Shivratri week is very famous all over Assam. Bhang (an Indian drug) laddoos, sold as prasad (offerings of the Lord ) are in very much demand. The mela is smaller than that in Sivsagar, but is nevertheless famous.This temple also conducts marriage ceremonies. People usually free pigeons in this temple as an offering, it is a wonderful sight to see hundreds of pigeons in this place.