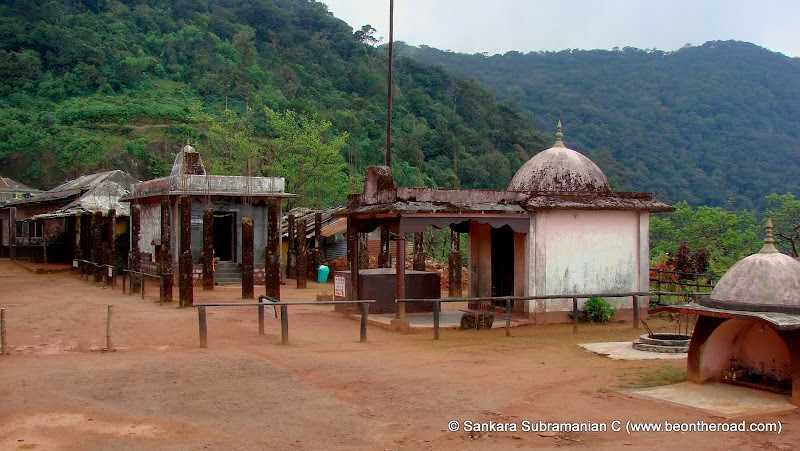 Kodachadre Hill forms a background to the famed temple of Mookambika in Kollur. It’s placed at a distance of 21 kilometre from Kollur and 15 kilometre from Nagodi village in Hosanagara taluk. From Bangalore, one has to go to Shimoga (285 km) and from there, one can take public transport to reach Nagodi village (Hosanagara Taluk). From Udupi, it is three hours journey to Nagodi village, from where trekking starts.

Kodachadri peak is connected with an all rough jeep road (partially metalled) on which only jeeps can travel. As this hilly road is not maintained properly, only expert local jeep drivers can take the jeep to the top. Jeeps are available for hire at Kollur and at Kattinahole village near Kodachadri base. Motorcycle riding on this highly uneven, steep, mud track with sharp hairpin curves with gradients, may be challenging and risky.

The temple is a popular destination for Hindu pilgrims and it’s said to place where thousands of years ago Goddess Mookambika fought and killed the demon Mookasura. In Historic times, individuals used to trek from Nagara state.

Sage Adi Shankara is claimed to have visited this place, meditated here. A small temple called Sarvajnapeetha, designed with stone is dedicated to Adi Shankara at the highest of Kodachadri. A temple dedicated to the traditional Mother god Mookambika is located near travelers cottage and is believed to be the moola sthana (the origin) of Sri Mookambika Devi. From this spot, it’s a 2 kilometer trek to the top. Just from there, a vertical path ends up in a little cave known as Chitramoola, from where the Mookambika temple of Kollur is visible.

A number of the pilgrims from South Indian states who visit Kollur take a trek to Kodachadri also. Dr. K. Shivarama Karantha, noted author of Udupi District trekked to Kodachadri in 1940s and appreciated the natural beauty of this place by placing Kodachadri as most lovely of 3 mountain peaks of coastal Karnataka (the alternative 2 being Kuduremukh and Kumara Parvata). Kodachadre is visited by locals and Keralites in large numbers since long term. 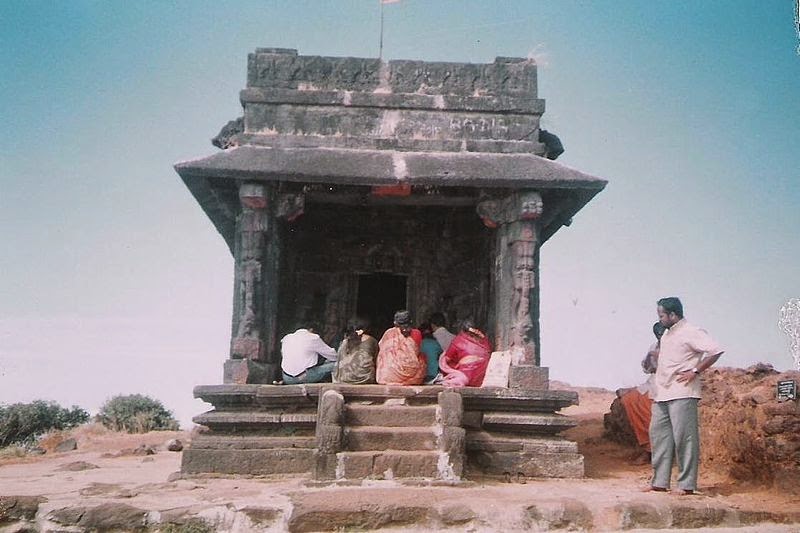 Sarvajna Peeth is a little temple like structure near the height where Adi Shankara meditated. This little structure bears a name that is similar to Sarvajanapetha, additionally known as Sharada Peeth of Jammu and Kashmir (that was visited by Adi Shankara during his long religious journey, where he defeated different students in philosophical debate and opened the southern door of the temple).

Ganesha Guha is near the journey way to Sarvajna peetha. 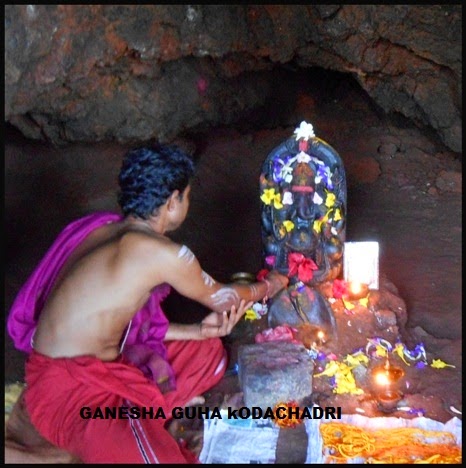 One iron pillar of concerning 5km 40 feet length is planted erect in front of Moola Mookambika Temple near peak of Kodachadre and its compared with large similar historic iron pillars placed at Dhar, Mount Abu etc. Devotees believe that this is the trishula utilized by god Mookambika to kill a demon known as Mookasura as per native tradition. Indian scientists from IGCAR Kalpakkam and KREC (Now NITK), Suratkal conducted a check on the Iron pillar and found that it had been made of traditional Indian metallurgic skills and not from fashionable casting ways. It’s found made from pure iron. It’s additionally found to be less affected by corrosion, despite of wet conditions prevailing there because of heavy rains. This iron pillar is considered as testimony of ancient Indian iron craftmanship.