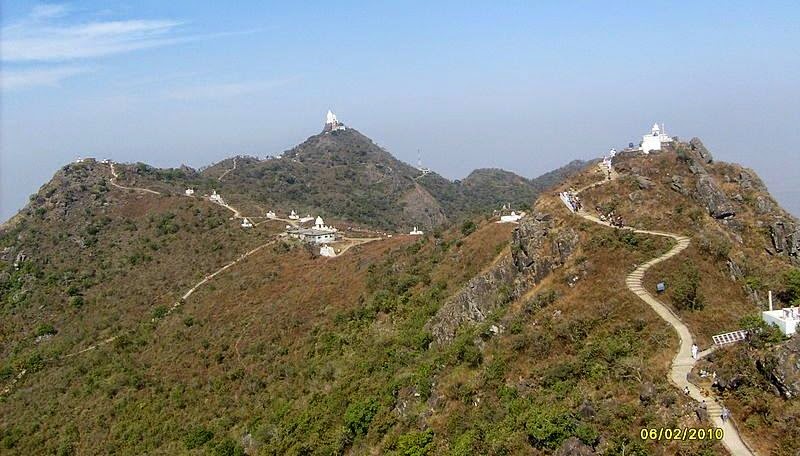 Parasnath Hills are a range of hills located in Giridih district of Jharkhand. The highest peak is 1350 metres.

The earliest reference to Shikharji as a tirth (place of pilgrimage) is found in the Jñātṛdharmakatha, one of the twelve core texts of Jainism: at Shikharji, Mallinatha, the nineteenth Jina practiced samadhi. Shikharji is also mentioned in the Parsvanathacarita, a twelfth century biography of Parsva.

Shikharji (Śikharji) means venerable peak. Parasnath is highest hill in Jharkhand, towering to an elevation of 4480 feet. The site is also called Sammed Śikhar or Sammet Shikhar, meaning the peak of concentration because it is a place where twenty of twenty-four Tirthankaras attained a state of mokṣa through meditative concentration. The word Parasnath is derived from Pārśva, the twenty-third Tirthankara to attain nirvana at the site.

It is one of the most important pilgrimage centre for Jains. They call it Sammet Sikhar. The hill is named after Parasnath, the 23rd Tirthankara. Twenty of the twenty-four Jain Tirthankaras attained salvation on this hill. According to some, nine Tirthakaras attained salvation on this hill. For each of them there is a shrine (gumti or tuk) on the hill. Some of the temples on the hill are believed to be more than 2,000 years old. However, although the place is habited from ancient times, the temples may be of more recent origin. The popularity of Shikharji as a site of pilgrimage followed that of Vulture Peak, Bihar, where it is believed Sariputra attained enlightenment.

Bihar state acquired Shikharji under the Bihar Land Reforms Act leaving the rights of Jains in doubt. Use of Shikharji as a tourist destination also impacts on the religious beliefs of the Jain. Sports such as paragliding and parasailing may take place at Shikharji.

The base of Sammed Shikharji is called Madhuvan because of the trees sprinkling with drops and crystals of Madhu (Honey) all around the bottom of the mountain.

The pilgrimage to Shikharji is a round trip of 27 metres (0.017 mi) through the Madhuban forest. After 2 miles from Madhuban there comes Gandharva nala and further up there is another stream Sita nala. The section from Gandharva Nala stream to the summit is the most sacred to Jains. It is easier to reach Parasnath from its northern side.

The pilgrimage is made on foot or by a doli (palanquin, palkhi or litter) carried by a doli wallah along a concrete paved track. Along the track are shrines to each of the twenty revered Tirthankaras and vendors of tea, coffee, water, fruits and snacks. 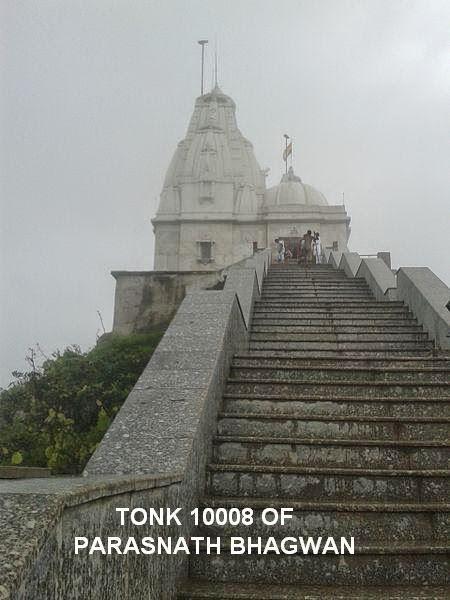 The temple at Shikharji is a new construction with some parts dating to the eighteenth century. However, the idol itself is very old. Sanskrit inscriptions at the foot of the image date to 1678 AD. At the base of Shikharji is a temple to Bhomiyaji (Taleti). On the walls of the Jain Temple at the village of Madhuban, there is a mural painting depicting all the temples on Parasnath Hill. Temples along the track include,

Parasnath is the "Marang Buru "or hill deity of the Santhal of Hazaribagh, Manbhum, Bankura and Santhal Parganas and each year they assemble at the period of the full noon in Baisakh (mid April) from these district and celebrate a religious hunt for three days.

On one hand the Hill is place of worship and adoration on the other hand it is worthseeing place in the sense of tourism. Tourists start to visit from the second fortnight of December to last week of January.