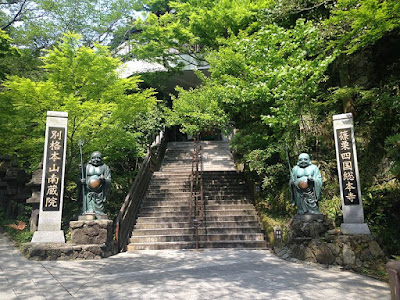 Name : Nanzo-in Temple (南蔵院?) is a Shingon sect Buddhist temple in Sasaguri, Fukuoka Prefecture, Japan. It notable for its bronze statue of a reclining Buddha, said to be the largest bronze statue in the world.

Nanzo-in temple was originally located on Mt. Koyasan, but local anti-Buddhist authorities threatened to destroy the temple in 1886. Public outcry lead to a decade-long effort to have the temple transferred to Sasaguri. It was moved in 1899, under the leadership of Sasaguri priest, Hayashi Satoshiun. Nanzo-in temple is the main location among the 88 temples that make up the Sasaguri pilgrimage route, one of the three famous walking pilgrimages in Japan.

Today, the temple and its surrounding grounds receive more than 1 million visitors annually. 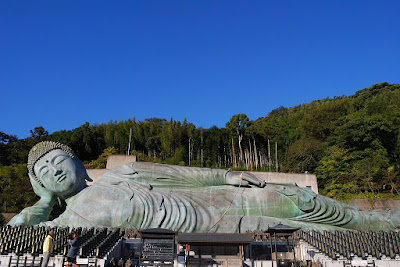 A chief priest of Nanzo-in temple once won the lottery after laying his ticket next to a statue of Daikoku. The temple claims that others who have made a similar effort have also won the lottery, bringing the temple associations with luck and lottery tickets.

The reclining Buddha statue, known as either Nehanzo or Shaka Nehan ("Nirvana") is 41 meters long, 11 meters high, and weighs nearly 300 tons. The statue depicts Buddha at the moment of death, or entrance into nirvana.

The interior holds ashes of Buddha and two Buddhist adherents, Ananda and Maudgalyayana. Those relics were a gift from Myanmar as thanks for the sect's donations of medical supplies to children in both Nepal and Myanmar. In 1995, 1,300 monks from Myanmar and Nepal attended the unveiling of the reclining Buddha statue.

Inside the sculpture, sand from each of the 88 shrines that make up the Shikoku pilgrimage are stored below bricks within a narrow hallway.

Every year, hundreds of Buddhists come together to clean the statue using bamboo leaves tied to five-meter poles.

Nanzo-in Temple has 4,315 nokotsudo, places where bones of the deceased are stored. The temple has a non-traditional fee structure for housing remains. First, it is open to all sects of Buddhism, and is even open to Shinto remains. Secondly, many Buddhist temples rely on a monthly fee for housing the bones of the deceased, which are then disposed of after a set period of time. Nanzo-in Temple has one fee, which covers 200 years.

Websites:
https://en.wikipedia.org/wiki/Nanzoin_temple
Posted by Rajesh. CTR at 7:23:00 AM No comments: Links to this post 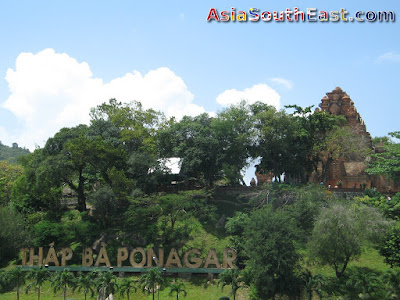 
The towers are situated on the hill top of Cù Lao, on the Cai river in the middle of what was the medieval principality of Kauthara, near modern day Nha Trang in the Khanh Hoa province. Before 774 AD wooden temple structures had long been located on the site, however these were raised to the ground by invading Javanese.

In 918, King Indravarman III placed a gold mukha-linga (carved phallus with a human face painted on it) in the North Tower, but it was taken by Khmer raiders. This pattern of statues being destroyed or stolen and then replaced continued until 965, when King Jaya Indravarman IV replaced the gold mukha-linga with the stone figure, Uma (Shakti, or female consort of Shiva), which remains to this day. 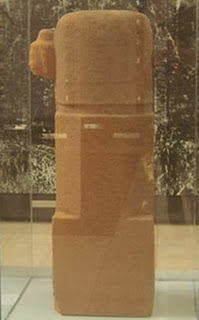 Mukha Linga was recovered from the complex of Cham temple ruins in Quang Nam Province in central Vietnam recently. It is now on display My Son Champa. http://www.hindu-blog.com/2013/11/a-7th-century-mukha-linga-on-display-in.html

The Shivling on display is made from a block of brownish gold sandstone. It is 1.46 meters high. The Shiva bust on the round head of the Shivling.

This is the first intact Mukha Linga discovered in Southeast Asia.

As part of the ancient Champa Kingdom, the towers were built to honour the Lady Mother of the Kingdom or Lady Thien Y-ana (also known as Po Nagar) who was said to be a great teacher of weaving and agricultural techniques. The largest tower is around 25m high and was built in 817 AD, inside is a statue dedicated to Po Nagar (said to have been made in 1050) alongside a linga. The remaining towers are dedicated to different gods; the North-West tower said to be for Sandhaka, Po Nagar’s father; the South tower to Ganeca, Po Nagar’s daughter and the Central tower (although less finely constructed) in honour of Cri Cambhu, believed to bless devotees with fertility, containing a linga (stylised phallus said to promote creative energy and fertility).

The stone pillars that remain on the lower section of the hill, lead to the original (now unused) stair case to the towers. These pillars are relics from a meditation temple and have undergone massive reconstruction over the years.


Above the entrance to the North Tower, two musicians, one of whose feet is on the head of the bull Nandin, flank a dancing four-armed Shiva. The sandstone doorposts are covered with inscriptions, as are parts of the walls of the vestibule. A gong and a drum stand under the pyramid-shaped ceiling of the antechamber. In the 28m-high pyramidal main chamber, there is a black-stone statue of the goddess Uma with 10 arms, two of which are hidden under her vest; she is seated and leaning back against a monstrous beast.

The Central Tower (Thap Nam) was built partly of recycled bricks in the 12th century on the site of a structure dating from the 7th century. It is less finely constructed than the other towers and has little ornamentation; the pyramidal roof lacks terracing or pilasters, although the interior altars were once covered with silver. There is a linga inside the main chamber.

The South Tower (Mieu Dong Nam), at one time dedicated to Sandhaka (Shiva), still shelters a linga, while the richly ornamented Northwest Tower (Thap Tay Bac) was originally dedicated to Ganesh. To the rear of the complex is a less-impressive museum with a few examples of Cham stonework.

This is a highly religious site and as such visitors are asked to remain respectful at all times. Shoes must be removed before entering any of the four towers. Dress appropriately with long skirts or trousers and definitely no bare shoulders, knees or excessive cleavage on show.

The entrance fee is 21,000 VND per person,the towers are open to visitors from 6am until 6pm and can be reached easily by car, motorbike, scooter, bicycle or on foot from the centre of Nha Trang. A taxi costs around 60,00 VND (metered price) from the main tourist area of Nha Trang. Stick to the reputable taxi companies such as Mai Linh, to avoid unreasonable fees or erratic meters.
The South Tower at Po Nagar Cham Towers, Nha Trang, Khanh Hoa Province, Vietnam 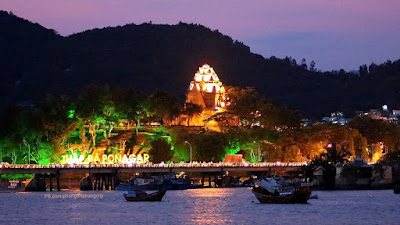 The Po Nagar cham towers are stunning in their own right, but the hill-top location also offers a good vantage point for photographers and sight-seers alike. The cafe based on the top of the hill serves a great Vietnamese coffee. A must-see on your list when staying in Nha Trang, or passing through.

Various types of Mukha Lingams worldwide
Posted by Rajesh. CTR at 7:54:00 PM No comments: Links to this post