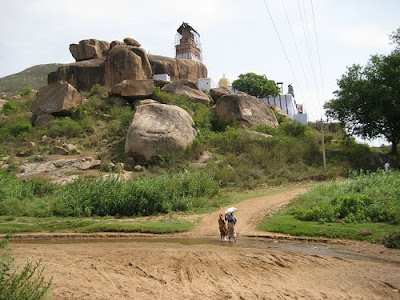 It is an exclusive shrine for Lord Lakshmi Narasimha and is believed to be at least 1,000 years old. This 10th century shrine is said to have been built by the local chieftain, Rajavarman, at the behest of Lord Narasimha, who appeared in his dream. The temple is on a small hillock, which is nearly 80 to 90 feet high and can be reached after climbing about 50 steps. As per the inscriptions around the sanctum sanctorum, this is a 1300 years old temple built during Pallava Rayar period by the King Nandhi Varman. 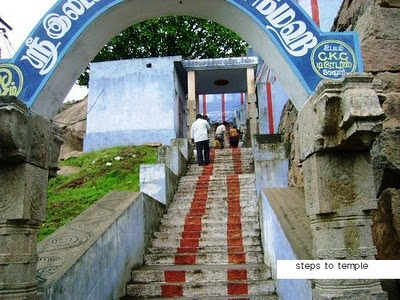 A tiny river flowing in front of the temple and we have to cross the river by foot.
the temple will be closed if the river flows in full stream and this happens for about a week in a year. 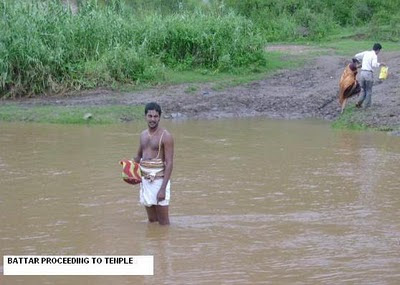 The main idol in the sanctum sanctorum is that of Sri Lakshmi Narasimha. The Lord is seen in a sitting posture with four hands — two hands hold the conch and the discus, His third (left) hand is on his lap and fourth (right) hand is around the waist of Goddess Lakshmi. The image of the Lord is nearly six feet in height.
The Lord with Goddess Lakshmi seated on his right lap is a unique spectacle. This inimitable posture of the Lord and the Goddess is the main attraction of the Temple. 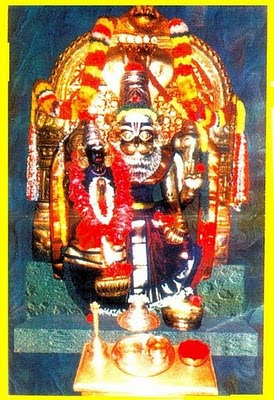 Thirumanjanam is performed on every Swathi Nakshatram, which is the birth star of Narasimha.