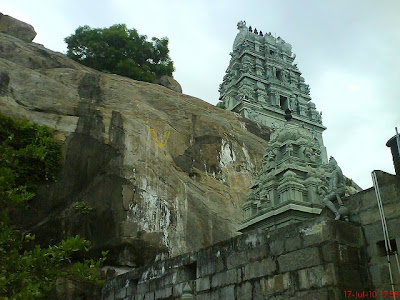 Singavaram is located about 41 km from Viluppuram and 4 km from Gingee and comes under Viluppuram district. From Chennai it would be around 162 km.

According to legend, it is the original image of Ranganatha from the famous Srirangam temple, which was taken away, from Srirangam and hidden in Gingee, for the sake of safety, during the plundering of Srirangam at the hands of the Muslim invader Malik Kafur.

There is an underground tunnel that connects the Rajagiri fortress with the temple and is supposed to have been used by Raja Desingh and his queen to visit the temple unobserved. The existence of the tunnel itself is an indicator of the authenticity of the image.

The 7th century Ranganatha Cave temple of Lord Ranganatha, the tutelary god (Kul Devi aka kuladeivam) of Raja Desingh is on a hill top with about 150 steps. It is a good specimen of South Indian type of rock cut shrine.

The idol of Lord Ranganatha, in a reclining posture, measures 24 ft. in length which together with the inner sanctorum, is carved out of a single rock. It is said to be bigger than that of the idol in Srirangam. Like Thiruvananthapuram Ananthapadmanatha Swamy, the head, chest and leg portions of this Perumal have to be worshipped through 3 separate entrances. Mangalasasanam was done by Sri Ramanujar. 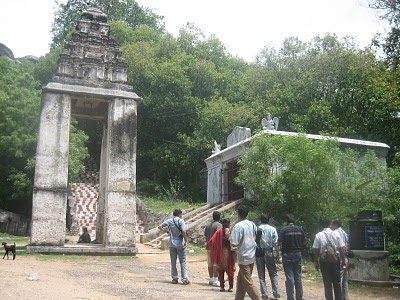 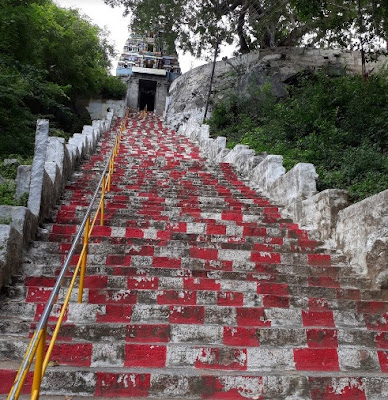 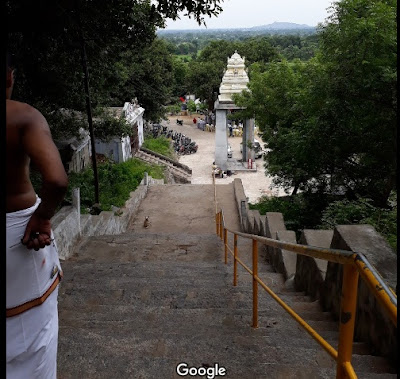 http://msg4saurabh.blogspot.com/2010/09/singavaram-sri-ranganathesvara-cave.html
Posted by Rajesh. CTR at 1:09:00 AM

Planning to visit singavaram temple along with parents. They are 70+. How many steps are they. Can we go by car till the hill top. Please advise.

Thanks for your comment. There are only 150 steps to the top. Eventhough it is really a steep climb there are Handgrips present upto the top and also side elevated steps present to sit and relax while climbing. Cars cannot go up. I got these photos from net and posting on the blog again. Hope this would be useful for you.