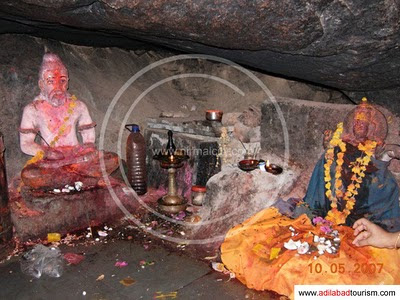 Basar is a village situated on the banks of river Godavari in Andhra Pradesh.
Vyasa Muni Gruha, is a cave on top of a hill next to the Jnana Saraswathi Temple in Basara.

According to a popular legend great sage Vyasar along with his son sage Shuka and other disciples desponded and dejected by the Kruskethra War left on a pilgrimage towards Dakshinapatnam (southern India). He retired on the banks of River Godavari for a penance. This was later called Vasar in his honour and gradually is being called as Basar.

During his stay, Sage Vyasa bought three handfuls of sand and made them into three heaps daily after the morning bath. The heaps have transformed into the divine trio The Lakshmi, The Sarada and The Gowri. The idol made of sand is smeared with turmeric.

Another popular legend from Brahmanda Purana says that Sage Valmiki prior writing his magnus opus The Ramayan; installed Goddess Saraswathi and seeked her blessing. One can find the marble samadi of Valmiki near the Saraswathi temple. 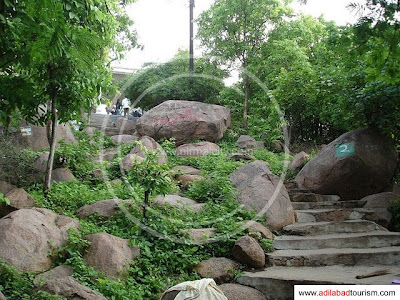 Vyasa Muni Gruha, is a cave on top of a hill next to the Jnana Saraswathi Temple in Basara. This cave has a narrow entrance and one has to wriggle through it to enter the small enclosure. Here you can see an idol of sage Ved Vyasa. Legend says that Ved Vyasa stayed here during his tapasya. 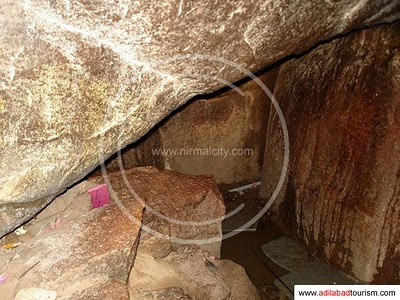 Vyasa did most of his writing work on the banks of the river Saraswathi. You can see his cave near the beginning of the Saraswathi waterfall, 4 km from Badrinath. See Vyasa, Saraswathi and Yamuna. Unfortunately for us the river Saraswathi started drying up thousands of years ago and went underground in those ancient days. Today we can see the remnants of civilization on what was once the Saraswathi river bed. For a long time people thought that the Sarawathi was an imaginary river, but now, we know that it was a real river.

The temple of Goddess Saraswathi at Basar is one among the two temples of this Goddess. The other is in Kashmir. Built at the confluence of the rivers Mangira and Godavari this temple is adorned by the goddess of knowledge and wisdom The Goddess Saraswathi. The image of Lakshmi stands besides the Goddess Saraswati in the sanctum sanctorum.

Due to the presence of Saraswati, Lakshmi and Kali, Basara is considered as the abode of the divine trinity. Devotees stream the temple for the ritual of ‘AksharaAbhishekam’ of their children; the formal starting of education deeming it to be auspicious. 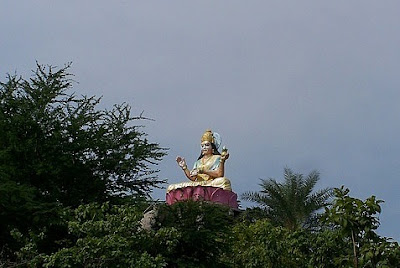 You can see the temple lined with small shops selling notebooks, slates, writing pads of various shapes and sizes. Devotees buy the stationary and perform Aksharabhayasam of their children. This was conducted in the outside Parihara with a priest in front of a bronze idol of Saraswati. The beauty of this place is its calmness, not being crowded and no queues compared to most temples in India. The nearby mountain has an Idol of Goddess Saraswati on the top of the rock.

The annual festivals of ‘Devi Nava Rathri’, ‘Dattatreya Jayanthi’, and ‘Vasantha Panchami’ are celebrated with utmost dedication and devotion.

http://www.nirmalcity.com/basar_saraswati_temple_telangana.html
Posted by Rajesh. CTR at 6:04:00 AM