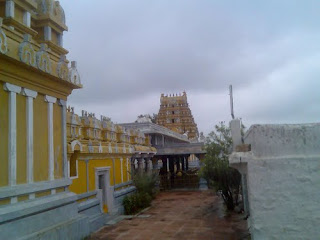 It is located on a small hill nearby called Beeramguda Gutta in town located in Sangareddy district in Telangana.

The people are of the belief that the temple was established due to the effort of two sages named Bhoga Maharshi and Brugu Maharshi. Devotees find a Shiva Linga when they travel through an inner route of the temple. Known as second Sree Sailam, people believe that the temple here existed since the 13th century. The people believe that the inner route leads to Sree Sailam. There was a four feet statue of Lord Veera Bhadra earlier as a result of which the temple was called as Veerappa or Beerappa. Nowadays, the place came to be known as Beeramguda. The temple attained great significance during the reign of Kakatiyas and developed much in 1980's. 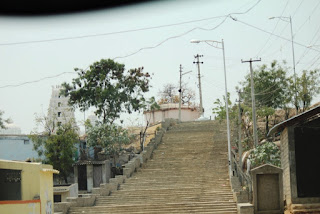