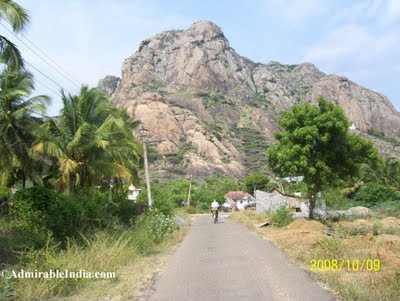 Location : It is about 2 km from Swamithoppe and 11 km from Nagercoil.

According to tradition, the Maruthuva Malai is a fragment of the Sanjeevani Mountain, a piece of which fell down here, and it was carried by Lord Hanuman from Mahendragiri to Srilanka for healing the fatal wounds of Lakshmana, the brother of Lord Rama.

The Maruthuva Malai also known as the Marunthu Vazhum Malai – the abode of medicinal herbs, forms from part of the western ghats.

This hill is also believed to be noted in Ayyavazhi mythology as Parvatha Ucchi Malai. Apart from the Mythology, this hill is historically related to the life of Vaikundar. So few theologians consider this hill as sacred and consider it one among the Ayyavazhi holy sites. Backing some quotes from Arul Nool and Akilam some even argue that Marunthuvazh Malai is one among the Pathis. It was nearly 2 kms. walk from the bus stop. It stretches for more than a km, reaching a height of 800 feet at the highest point.

After climbing for a while there were no stairs, simply bushes. When we were about to reach to the top again there were stairs. 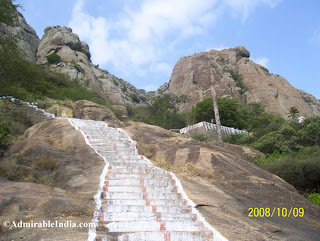 Then there is a Temple at the Top. 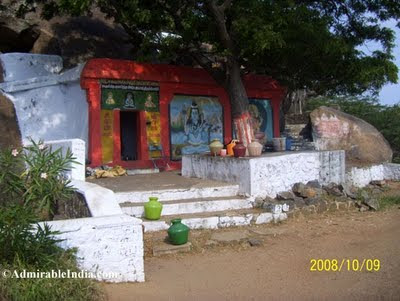 But this wasn’t the top of the hill there was a path on the right side to go up. We continued on that path and we found carvings on the hill.