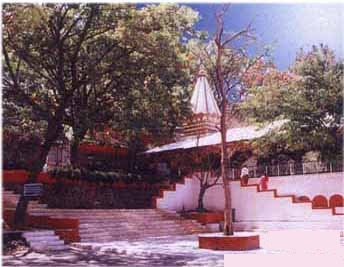 The legend associated with the temple is that, once there was a rich and prosperous merchant who was an ardent believer of Goddess Chaturshringi and visited all Her temples everywhere. It is said that the idol of Goddess Chatshrungee, now enshrined in the temple, was discovered by a trader. The goddess appeared in his dream and instructed him to unearth the idol.

It is said to have been built during the reign of the Maratha king Chhatrapati Shivaji Raje Bhosle. The temple is looked after by Chaturshringi Devasthan (Temple) trustees, with full dedication.

Chaturshringi (Chatur means four) is a mountain with four peaks. The Chaturshringi temple is 90 feet high and 125 feet wide and is a symbol of power and faith. One has to climb more than 100 steps to reach the shrine of Goddess Chaturshringi. In the temple premises there are also temples of Goddess Durga and Lord Ganesh. This includes eight miniature idols of Ashtavinayaka. These small temples are located on the four separate hillocks. 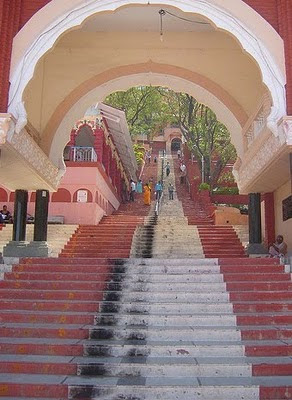 One of the major attractions of the Chaturshringi temple of Pune is the Navratri Festival, organized every year in the month of October-November. Devotees visit the temple in large numbers to attend this festival.

Thank you for your post on Chaturshringi temple. It is very informative and I have been to the fair which happens every year on the eve of Navratri.