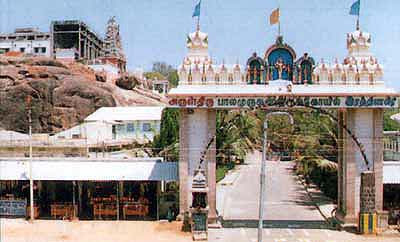 The Ratnagiri Balamurugan Temple is situated at Vellore in TamilNadu.This temple is around 13 kms away from Vellore adjacent to the vellore chennai national highway. Ratnagiri Bala Murugan temple is a small and cute temple. Lot of devotees visit Vellore Golden Temple, or travel to Vellore can visit this great shrine of Lord Murugan and get his blessings.

Greatness of the Shrine:

Rathinagiri Bala Murugan Temple was built around the 14th century. Over the passage of time an ordinary sand structure was converted into a stone shrine. Ancient Hindu scriptures say that wherever there is a hill, Lord Murugan resides as the all-powerful Deity. Of these Tirupparamkundram, Tiruchendur, Tiruvavinankudi, Tiruveragam and Palamuthircholai are famous shrines, collectively called 'Kundruthoradal'. The holy shrine at Rathinagiri also features in this category.

The Omnipotent Power manifests His Blessings to mankind in three forms:

The History of Swami Balamurugan Adimai through whom the Blessings of Lord Bālamurugan are channeled to us is praise worthy.

Born on the 24th of January 1941 (in the Vikrama year of the Tamil calendar on the 11th day of the month of Thai) in the small village of Kilminnal adjacent to Rathinagiri, he was the fourth child born to Śrī Kandaswami Mudaliar and Smt. Sinagarammal. He was named Dakshinamurthy and Sachidanandam, both being names of Lord Shiva.

On completion of his schooling he entered the services of the Electricity Department. Soon after, he entered into holy matrimony with Sivakami and was blessed with two daughters and a son.

One day in his 27th year, on his way to work, he climbed the hill to offer his prayers. There was neither camphor nor incense available at the temple. He walked around the shrine with a heavy heart and was suddenly overcome with divine awakening. He fell in a faint to the ground and on waking up was unable to remember his own self. He dressed himself in a loincloth. He took a sacred vow not to leave until the temple was restored to its former glory.

Cottages for the devotees have been built and are available. Separate pathways were laid to ascend and descend the hill. 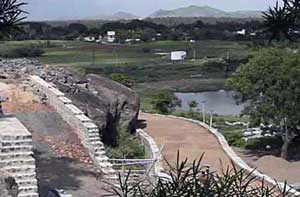