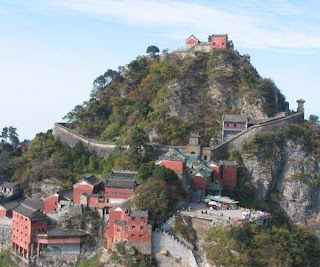 Name :  Wudang Shan
Location :
Wudang Shan is a small mountain range in the northwestern part of Hubei Province of People's Republic of China, just to the south of the city of Shiyan. Wudang Mountains has a very vast landscape comprising of 72 strange peaks, 24 powerful streams, 36 solid rocks, 11 caves, 3 ponds and 9 springs and its landscape is a vast of tranquility, mystics and spirituality. 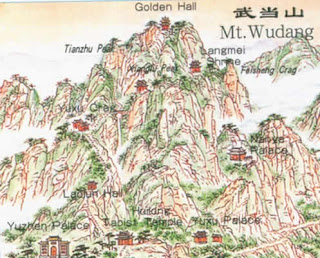 History :
In years past, the mountains of Wudang were known for the many Taoist monasteries to be found there, monasteries which became known as an academic centre for the research, teaching and practice of meditation, Chinese martial arts, traditional Chinese medicine, Taoist agriculture practices and related arts. As early as the Eastern Han Dynasty (25–220 AD), the mountain attracted the Emperor's attention. During the Tang Dynasty (618–907), the first site of worship—the Five Dragon Temple—was constructed.
Some of the monasteries were damaged during and after the Cultural Revolution of 1966–1976, but the Wudang mountains have lately become increasingly popular with tourists from elsewhere in China and abroad due to their scenic location and historical interest. The monasteries and buildings were made a UNESCO World Heritage Site in 1994.
The palaces and temples in Wudang, contains Taoist buildings from as early as the 7th century, and the largest groups of complex on the mountain was built during the Ming Dynasty (14th–17th centuries). It represents the highest standards of Chinese art and architecture over a period of nearly 1,000 years. Noted temples include the Golden Hall, Nanyan Temple and the Purple Cloud Temple.
Description :
The range of 72 peaks stretches for 400km (250 miles). At 1,600 meters (5,250ft) Tianzhu Feng peak is the highest of Wudang Shan’s peaks. Its name means pillar to the sky. Many of the hills in Wudang Shan have Daoist temples scattered on their slopes which date back to the Ming dynasty (1368-1644) and this is one of the most sacred mountain areas for Daoists.
The Ming emperor Zhen Whu, who became a Daoist deity, lived here during the 15th century and there is a statue of him in the impressive Taihe Temple, which is about halfway up Tianzhu Feng Peak. The climb to the top of the mountain takes about 3 hours. Jinding (Golden Summit) is located at the top of Tianzhu Feng Peak. and it is the main temple on the topmost peak. The roof of the temple is made of polished brass, so it gleams like gold in the clear mountain sunlight. 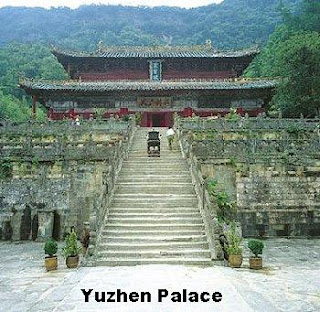 There are numerous other temples to visit in this scenic area including Zixiao Gong ( Grand Purple Cloud ), which was built in 1413 and is located northeast of Tianzhu Feng peak. It is located below Zhanqi Peak. This palace looks most splendid in appearance and kept in perfect unseasoned condition on Wudang Mountain. The Taoist building covers an area of about 6,850 square meters and it comprised the Stele Pavilion, Dragon and Tiger Hall, The Parents Hall, Shifang Hall and other buildings. This palace was constructed with depicting wooden structures, glazed tiles and roofs are carved with yellow and blue colors. 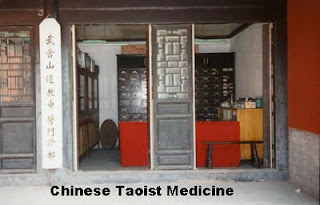