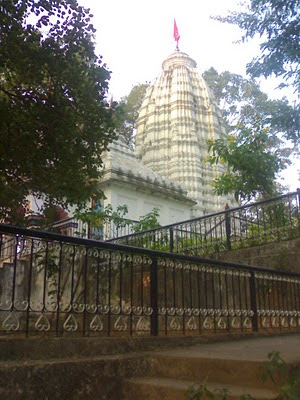 Budharaja Temple is perched atop the Budharaja hill in Sambalpur. Sambalpur is 321 km from Bhubaneswar in Orissa. Sambalpur is ancient centre for the diamond trade is famous for its internationally renowned textiles (Sambalpuri textiles), rich tribal heritage and fabulous forestlands.

The Budharaja Temple, dedicated to Lord Shiva. Budharaja as the name signifies "Old King" is a hill somewhat off center of the Town. Prior to the Chowhans ruler of Sambalpur the name Budharaja existed. No one for sure knows who that old king was. However it can be attributed to Indrabuthi the founder of Brajajana Buddhism and the Lama cult. On top of the Budharaja hill there is a old Siva Temple. 108 stairs lead the way to the temple. The climb is tiring though the view from the hill is wonderful. During the Mahasivaratri the area becomes crowded with thousands of devotees and visitors. Recently the Public Health Department is constructing a huge water storage for distribution. 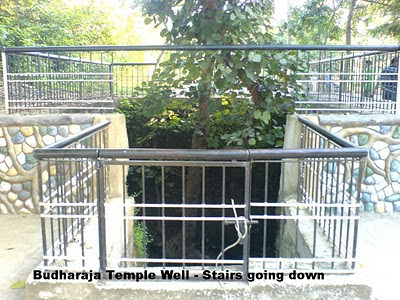 Budharaja Pahad played a mojor role in the freedom struggle of Veer Surendra Sai. A well behind Budharaja temple, on the top of the hill, has a secret tunnel that connects to Raja Bakhri, Rani Bakhri, Gopalji Math, Rampad, etc on the other ends. Now you can find the well fenced with iron bars but full with the wastes generating from the Budharaja temple. Earlier one could see the stairs going down to the secret passage which was cemented with a big stone now.

Later a Shahid Stambh is erected in the memory of the freedom fighters in front of the well and their names are imprinted on it. 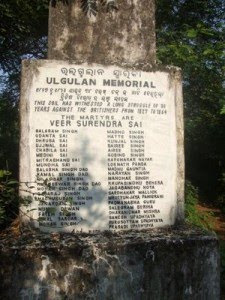