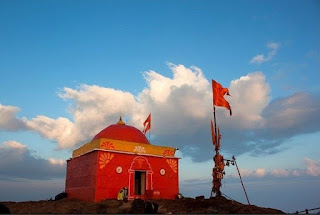 The peak of Kalasubai is situated in Nagar district. This is apex, highest peak of the mountain range of Sahyadri. It is a dream of every sincere mountaineer to climb it at least once. Its height is almost 5,500 feet.

It is said, that in the ancient times, a lady named “Kalsu” came to nearby Indorey village to work. However, somebody forced her to clean utensils and clean up the residence by force. So she left the place and eventually died at this spot. So comes the name, Kalasubai. A small temple dedicated to Goddess Kalsubai is built at the peak and is worshipped by locals. A traditional pooja is performed at the summit temple every Tuesday and Thursday by local priest. 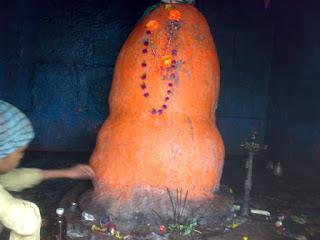 On occasion of Navratri, its a festive atmosphere as many people come to worship at the summit and Fair is organised during the nine days of Navratri.

The sanctuary area spreads from Kalasubai to Harischandragad in Akole Tehsil of Ahmednagar district. The area is part of Sahyadri hill ranges. The Kalsubai sanctuary is challenge to trekkers as it is most rugged, hilly area and difficult to get accessibility. Kalasubai is the highest (1646 m) peak of Western Ghats in Maharashtra. It is also a paradise for nature nad Flora lovers. 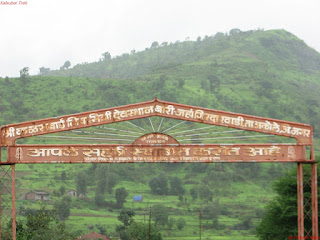 The Trek is uphill climb and could take 3-4hrs climb and 2-3hrs descend from Base village Bari. After a climb of around 20minutes we came across temple of Kalsubai, which was the base temple at machi. Here we got the first glance of Diety Kalsubai. 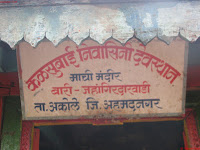 At times we had to stop on the way as there would be long queue at certain points where it was important to climb slowly and also along with us there were other groups as well. The vegetation type is southern moist mixed deciduous. The part of Sahyadri that is close to West Coast is semi evergreen forest and semi deciduous shrub savanna. The main tree species that are seen in this area are Hirda, Jambhul, Chandawa, Bahava, Kumbhal, Gulchavi, Kudal, Siras, Kharvel, Karap, Avali, Aashind, Lokhandi, Beheda and character worth noticing.
After a climb of around 1hr one can reach first plateau, view from here of mountains covered with fogs and waterfalls was mesmerising. Trekkers can have some rest with group indulging in photo session at this point. 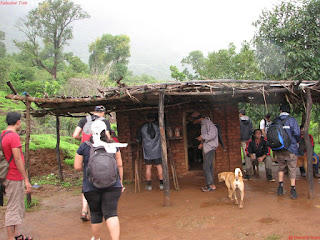 There are total of four ladders on the route and then there are carved steps on the rocks with railings on the side, this really make the route quite safe and easy. 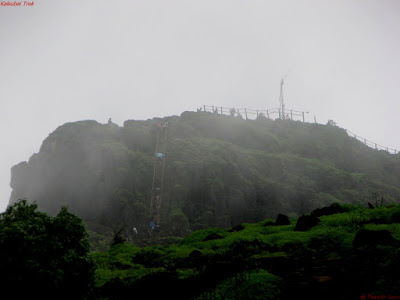 Just before the last ladder, there is small hut or a shop where one could get hot kanda bhajia, tea and there was small well which was probably the only source of water in entire journey. From there we reach the fourth and final plateau.

Such a nice place..Great work! I love the way you have present this so beautifully! keep writing!
Performed puja online