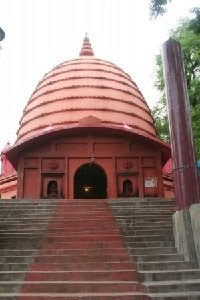 The Navagraha Temple is found on the top of Chitrasal Hill (or Navagraha Hill), in Guwahati city, Assam, India.

The Navagraha temple was built by Ahom King Rajeswar Singha in the late 18th century. The temple tower was destroyed by an earthquake. It has been renovated in recent times during the late 1923-45. Enshrined in this temple are nine Shivalingams, representing the nine Celestial bodies, each covered with a colored garment symbolic of each of the celestial bodies, with a Shivaligam in the centre symbolising the Sun. It is also known as 'abode of Surya'. Surya Pooja (or) Sun worship is ancient practise among the Assamese people. There is no Lights insode the Temple and is lit only by Oil lamps. 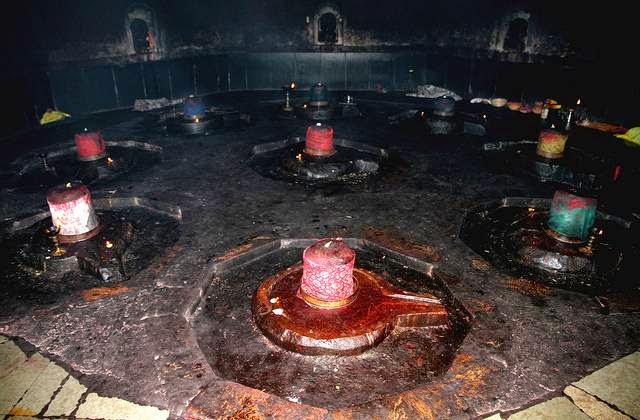 The Navagraha Temple (or) the temple of the nine celestial bodies is located in the south eastern part of Guwahati in Assam, on a hill by name Chitrachal. As the name indicates, this temple is dedicated to the nine planets in the solar system. Navagraha Temple at Guwahati Assam is a center of astrological and astronomical research.

Enshrined in this temple are nine Shivalingams, representing the nine Celestial bodies, each covered with a colored garment symbolic of each of the celestial bodies. The nine planetary gods, namely area - Surya (Sun), Chandra (Moon), Mangala (Mars), Budha (Mercury), Brihaspati (Jupiter), Sukra (Venus), Sani (Saturn), Rahu and Ketu. There is Surya Mandir near Guwahati on the Surya Pahar hill.
Being on the Top of this Navagraha hill, one can enjoy the Beautiful sunset view of Brahmaputra. There is also a Spring and Waterfall situated near the temple which makes it a perfect picnic spot.

http://www.travelspeak.in/navagraha-temple/
Posted by Rajesh. CTR at 6:32:00 AM