Name :   Ibudhou Pakhangba Temple
Location :
Uyal Hill, Thoubal, Manipur, India
Description :
The Newly constructed temple of Ibudhou Pakhangba was inaugurated by MLA Landhoni Devi on 09, July 2014. The temple was constructed by Ibudhou Pakhangba Seba Committee and Wangbal Gram Panchayat Pradhan H Dijen.
Legend :
Paphal: the mythical assumptions of Lord Pakhangba, ruling deity of Manipur
This article explores the science of Meitei belief system culminating with traditional pre-vaishnavite form of religion. Worship of Pakhangba and beliefs and practices associated with Paphal cult are instrumental in the cultural and social integration of the people of Manipur. The abode of Paphal in sacred places, groves, lakes, mountains, river, caves and forests are merely not a matter of its cultural existence but also prove its biological concern by taking a decisive role in conserving nature.
Religion plays an important role in the growth of human civilization and every society are religious in expressing culturally laid resolution of social and psychological problems. Every society, be it ancient or modern, passes through naturalism and animism. The animistic and naturalistic faiths, those of which are deeply rooted in the beliefs and practices of a society, remain to exist in some forms even if it has undergone changes.

Before the advent of Hinduism in Manipur, the traditional religion or the pre-Hindu religion existed in a polytheistic, animistic and naturalistic form loaded with belief and practices associated with spirits, animistic and naturalistic faiths, ancestral worship, totemic cult, fetishism and so on. Apart from this, curiously shaped stones and objects, possessing some life-like forces, are often venerated and worshiped by them. Existence of malevolent spirits in the surrounding environment, forests and jungle, lakes, rivers and swamps constitute traditional belief of the Meitei people of Manipur. Free and liberated souls like Timu-Laimu,Sharoi-Ngaroi(deomons and evil spirits), Heloi (nymph), Hingchabis (witch), etc. according to the Meitei belief, roam in their surroundings, the influence of which may result a person to suffer from diseases, unconsciousness and sometimes meet sudden death. These are warded off with different levels of magical, ritual and ceremonial conducts by the concerned spiritual specialists, commonly referred to as the Maiba and Maibis (priests and priestess). Scholars have viewed the religion of Manipur in its historical perspective into two broad categories viz. (a) traditional religion or pre-Hindu religion and (b) the advent and rise of Hinduism in Manipur.
The chronicles and ancient literary texts reveal that the ancient people of the land worshiped a number of gods and goddesses. They included natural phenomena such as Sun, Moon, Sky, Stars, Darkness, Wind, Water, Fire, Lighting, Earthquake, etc. and also many mythical and legendary figures, cultural and political heroes, tribal and clan progenitors, and the like. Concept of High God emerges with the Meitei Trinity Atiya Guru Sidaba or Soralel (immortal Guru of Heaven/ Sky God), Pakhangba (Moon God) and Sanamahi (Sun God) and they are considered to be the manifestations of the Universal lord Taibang Panba Mapu.

According to a popular Meitei myth of creation, the newly created earth was to be ruled by the sons of the Atiya Guru Sidaba (immortal Guru of Heaven). In order to choose the most able son to ascend the thorne of Kangla, Atiya Guru Sidaba decided to examine the ability of Pakhangba and Sanamahi by hiding himself from their sight. Sanamahi, the eldest son took 7 rounds of the earth to find his father, while the youngest son Pakhangba took the help of Mother Ima Leimarel Sidabi (Immortal Mother goddess) and took 7 rounds of his father's throne to find. Pakhangba was successful in finding out his father . Being found cheated, Sanamahi started quarreling with his brother Pakhangba. The conflict between the two brothers become so dreadful that it raised to the level of destroying the newly created earth. Finally, Atiya Guru Sidaba intervened and resolved the matter. Pakhangba was crowned as the ruler of the earth and Sanamahi as the ruler of every household. In this way, Pakhangba became the most important public deity while Sanamahi is regarded as a household deity. 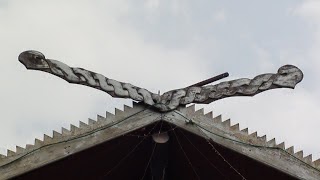 Pakhangba, other than its human existence is also believed to have appeared in a divine form called Paphal. At the time of creation, the thousand crested form of his assumption laid on to fill soil for creating earth. According to Meitei belief, earlier there was a vast expanse of water with no patches of soil. This mythical assumption called Paphal exists more than 364 different forms and the illustration of which are given in the ancient manuscript called Paphal Lambuba. These forms are associated with divine power to control and protect places. Many forms of Pakhangba are revered as the presiding deity of River, Lakes, Hills, Ponds, Caves and Islands while Taoroinai forms of Pakhangba represent the divine existence in the human body to control the nervous systems. There are as many as 108 Taoroinai Pakhangba Paphals live in the human body as its divine assumptions.

Pakhangba and its forms in are regarded as the creator of seven salais (clans) of Meitei. The Paphal illustrations in the manuscripts appeared with codified colours of these seven clans. Reflections of these divine assumptions also appear in the Meitei numerals and scripts. These assumptions were used as icons and symbolic representations of the Meitei social and political organisations called Panas. Paphals were also the symbol of royal flags. Some of these sacred assumptions are means of healing with proper writings of mantras on the intricate postures, and the Pandits (royal scholars), and Maibas (traditional healers) use it in their healing practices. Some of these intricate postures are guidelines of Thengourol & Khousarol (steps) to the traditional Meitei Martial form called Thang-Ta.

The impressive royal dressess and dance costumes of Manipur, be it folk or classical, are derrived from the assumption of Pakhangba. It is also said that, some elements of Pakhangba Paphal were taken up in the Sringara of Lord Krishna, and the beauty of Lord Krishna represented in the classical Rasa Dance and temple idols of Manipur are well accomplished with the blending of Manipuri art and aesthetics.

Moreover, many religious preachers of all hues also passed through this land or settled here. These immigrants and religious preachers brought new cultural and religious ideas into Manipur, which affected the cultural and religious life of the the people. In course of evolution, the traditional culture and religion of the Meitei have been further enriched with the absorption and assimilation of elements from other alien cultures.
Paphal is synonymous with Lord Pakhangba. People of Manipur know Pakhangba as their ancestor, their King and as their Lord and his symbolic representation called Paphal is also referred by them as Ibudhou Pakhangba (the great ancestor Pakhangba). These assumptions are not only sacred to them but also a part of their life and culture. Attraction of Pakhangba assumptions is not isolated from the contemporary Manipuri society and other sects of people. Many of the social organisations, clubs, market and shops, display Pakhangba forms, 'Paphal', as their icon, symbol and souvenirs to welcome you to the land of Pakhangba.

Photographs of  Pakhangba in Temples and Meitei Architectures in various temples 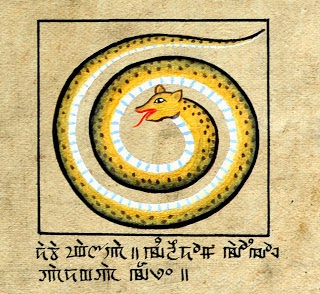 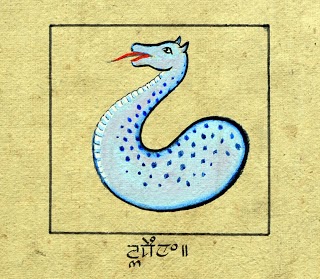 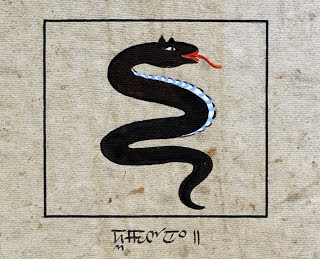 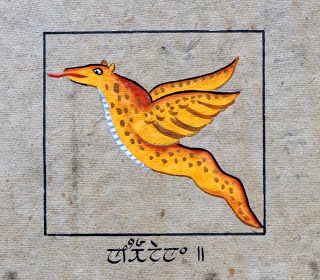 The belief system associated with Pakhangba and ancestral worship is deeply rooted among the Meiteis of Manipur. Even in the changing scenario, the cultural elements loaded with incredible form of art and aesthetics maintained from the mythical assumptions of God Pakhangba still exists into the psyche of Meitei people. Pakhangba cult in other sense is truly the baseline of Meitei culture.