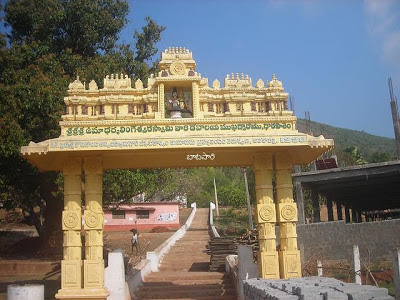 Panchadharala is located in Visakhapatnam District and is 24 km from Anakapalli. Panchadharala is named after five jets of water, which emerge out of five fountains from a natural perennial spring. There is a temple dedicated to Lord Shiva with a Lingam on which are carved other lingams in 12 rows and each row contains 85 lingams. Therefore, the place is also known as the 'Kotilingam' (millions of Lingams).


This is one of the most ancient temples of Lord Shiva located at Panchadharala of Andhra Pradesh. The temple is believed to be built by the Chalukyan kings in the 14th century A.D. The temple is situated at the lower part of the hill chain of Panchadharala, which is famous for its beautiful scenic and picturesque locations that also hold a great legendary reputation. 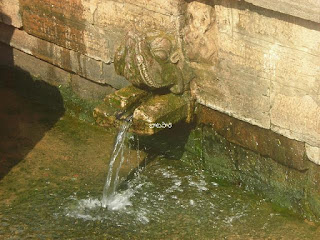 In the ancient times, the temple was endowed by several Chalukyan and Vijayanagara kings. The wonderful architecture of the temple includes artistic inner walls and pillars that depict the life of ancient Kings and their valuable contribution to the religion, art and literature.

The hills bear white road like patches across them for miles giving the impression of a serpent creeping in its usual zigzag ways. Hence the name of Phanigiri for the hill. Moreover, the Aalaya tanks are fed by five water falls coming down perennially from high hills. They justify the name Panchadharala given.